As we know, Microsoft Office usually installed on Microsoft Windows O.S. on a workstation.
It can be a PC or Laptop as a physical device for the end user. 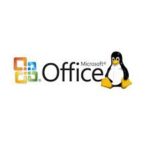 When we like to use Excel or Word as a service on the server
we encounter a problem.
Microsoft Office applications such as Excel and Word
were designed  originally for the end user usage.
That means that the end user operates and control these applications.
If we  server to process these applications automatically
we usually don’t have a built-in solution for this purpose.
Using the Open XML open standards we can set a solution for document
manipulation and generation on the server.
As so it does not concern what O.S. installed on the server, so we can use any O.S. except Windows.
For example, we can use Linux, Unix, z/OS or Virtual server.
Many applications in the market are published as “server oriented” software.
But this is not true mainly because it needs the end user intervention
in order to generate the documents, and it also use Macro or Add-on components in order to generate documents.
Server application let us the ability to fully automate of document handling and generation,
and to use Work Flow to generate document processing and many more applications.
When we speak about “Office server” we don’t really  mean that Office applications are
installed on the server.
This can’t be done because Microsoft Office is installed on the end user machine.
In this scenario, the server can handle the Office documents by using Open Standards
and does not have the GUI capabilities of the end user.
That means that we can use our SAP server as document generation machine with
no installation of Microsoft Office applications.